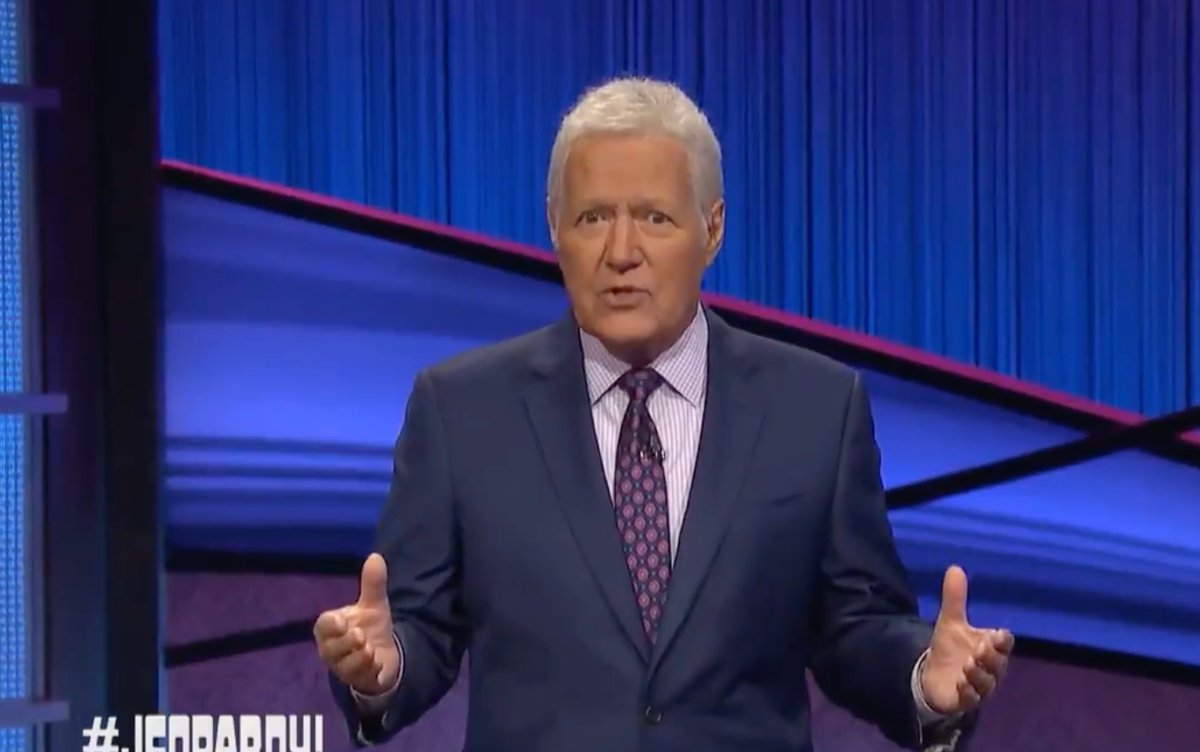 Alex Trebek is back in the studio.

The new season of Jeopardy! premieres Monday night. The show released a preview of Trebek’s usual intro, welcoming everyone back to the studio — but with a few key changes.

Who else got super excited from that intro? Here's Alex with some updates for #Jeopardy37. pic.twitter.com/pgyRy1dJCM

First, due to the COVID-19 pandemic, the show has separated the contestants’ lecterns “to provide a little extra social distancing between the players.”

Trebek added, “We have done the same thing for our staff and crew. We’re trying to provide as safe an environment as possible as we produce these new programs for your enjoyment.”

The host also added that returning champion Zach Newkirk will not, in fact, be back for a few weeks as he was unable to travel to play. Trebek confirmed he will be returning eventually.

74-time champion @KenJennings, who has joined the show as a consulting producer, gives us the inside scoop on #Jeopardy37 and the new socially distanced set. https://t.co/AFnsmi6ydc pic.twitter.com/ZcR4BAKnEb

In another big change to the show for its 37th season, record-setting champion Ken Jennings will serve as a consulting producer.

Speaking to Good Morning America, Jennings said, “I kind of feel like I have a unique perspective on Jeopardy!. I’ve been a fan of the show for over 35 years now, it’s a huge part of my life growing up. And then for the last 15 years, seeing the show as a contestant.”

Jennings explained that he will be working on the show in a number of capacities, helping to present video categories, working with the writers on clues, and helping with contestant outreach as casting goes virtual.

Talking about the COVID-19 precautions on-set, Jennings said that Trebek will be staying at his host podium in order to keep distance from contestants.