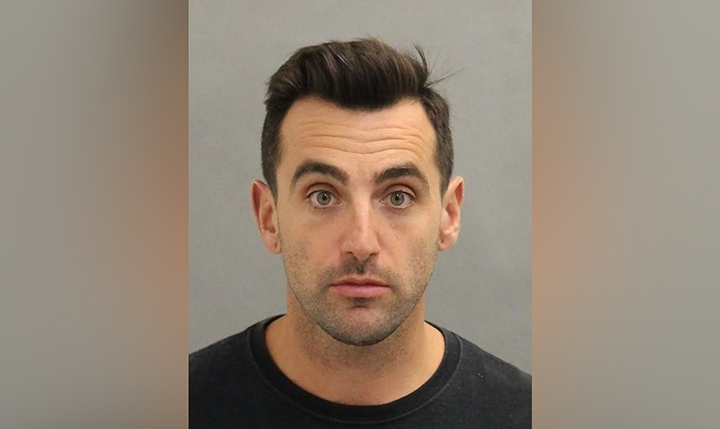 Hedley singer Jacob Hoggard has been charged with sexual assault.

TORONTO — The trial of Jacob Hoggard, the frontman for the Canadian rock band Hedley, has been pushed back to next year in light of the COVID-19 pandemic.

Hoggard, who pleaded not guilty at his preliminary hearing to sexual assault causing bodily harm and sexual interference, was initially set to be tried in Toronto this month.

A new trial date was then set for April, but given ongoing court delays and restrictions related to the pandemic, it has now been postponed further to Jan. 3, 2022.

Hoggard has opted to be tried by a jury, and new jury trials in Ontario have been put on hold until at least May to limit the spread of the virus.

The pre-trial motions that were scheduled to be heard Monday will now take place in April.

The singer was arrested and charged in 2018 in connection with alleged incidents involving a woman and a teenager. The complainants cannot be identified due to a publication ban.

Earlier that year, allegations surfaced suggesting Hoggard had inappropriate encounters with young fans. Police launched an investigation as a result of those allegations.

Hoggard issued a statement months before his arrest, acknowledging he had behaved in a way that “objectified women” but denying engaging in any non-consensual sexual conduct.

He also apologized for his actions on Twitter and said he understood the “significant harm” they had caused.

Toronto police said at the time of the musician’s arrest that the charges stem from three separate incidents involving two complainants — an adult woman and a girl under the age of 16. The incidents allegedly took place in the Toronto area in 2016.

Meanwhile, Hedley has been on an indefinite hiatus since March 2018. The Vancouver-based band was also dropped by its management team and banned by multiple radio stations following the allegations.