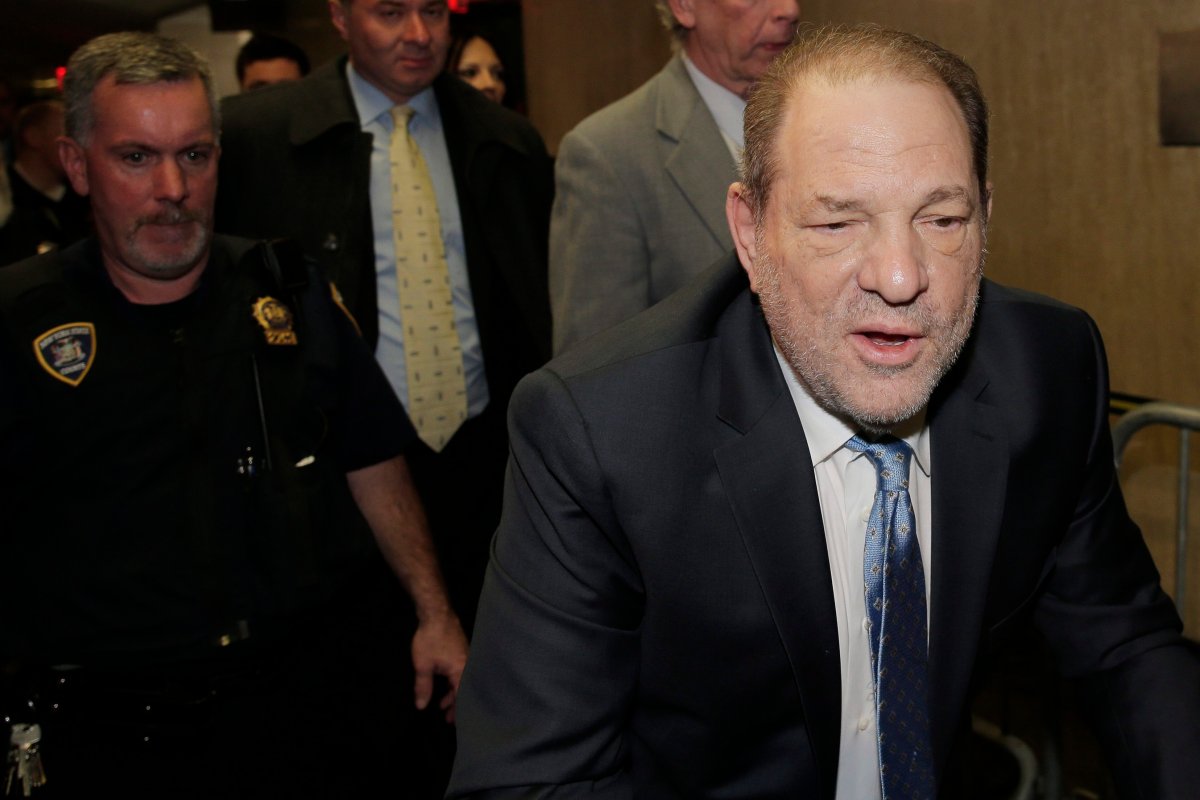 Harvey Weinstein arrives at a Manhattan courthouse as jury deliberations continue in his rape trial on Feb. 24, 2020, in New York.

Erie County Court Judge Kenneth Case in Buffalo rejected arguments by Weinstein’s lawyer that the paperwork to move Weinstein to Los Angeles was not in order, and that Weinstein should stay in New York to get better medical care.

A New York prosecutor told Case that Los Angeles prosecutors may try to claim custody of Weinstein by mid-July. Weinstein’s lawyers are trying to put that effort on hold.

“We are disappointed by the judge’s ruling,” Mark Werksman, a lawyer for Weinstein, said in an email.

“We are appealing his decision in New York and we have filed a habeas corpus petition in the Los Angeles Superior Court to prevent the Los Angeles District Attorney from transporting Mr. Weinstein to Los Angeles until he can receive the medical care he needs in New York,” Werksman added.

The Los Angeles County District Attorney’s Office was not immediately available for comment.

Weinstein is serving a 23-year prison term following his February 2020 conviction in Manhattan for sexually assaulting a production assistant in 2006 and third-degree rape of an aspiring actress in 2013.

He faces an 11-count indictment in Los Angeles on charges he attacked five women from 2004 to 2013.

Weinstein has denied having nonconsensual sex with anyone.