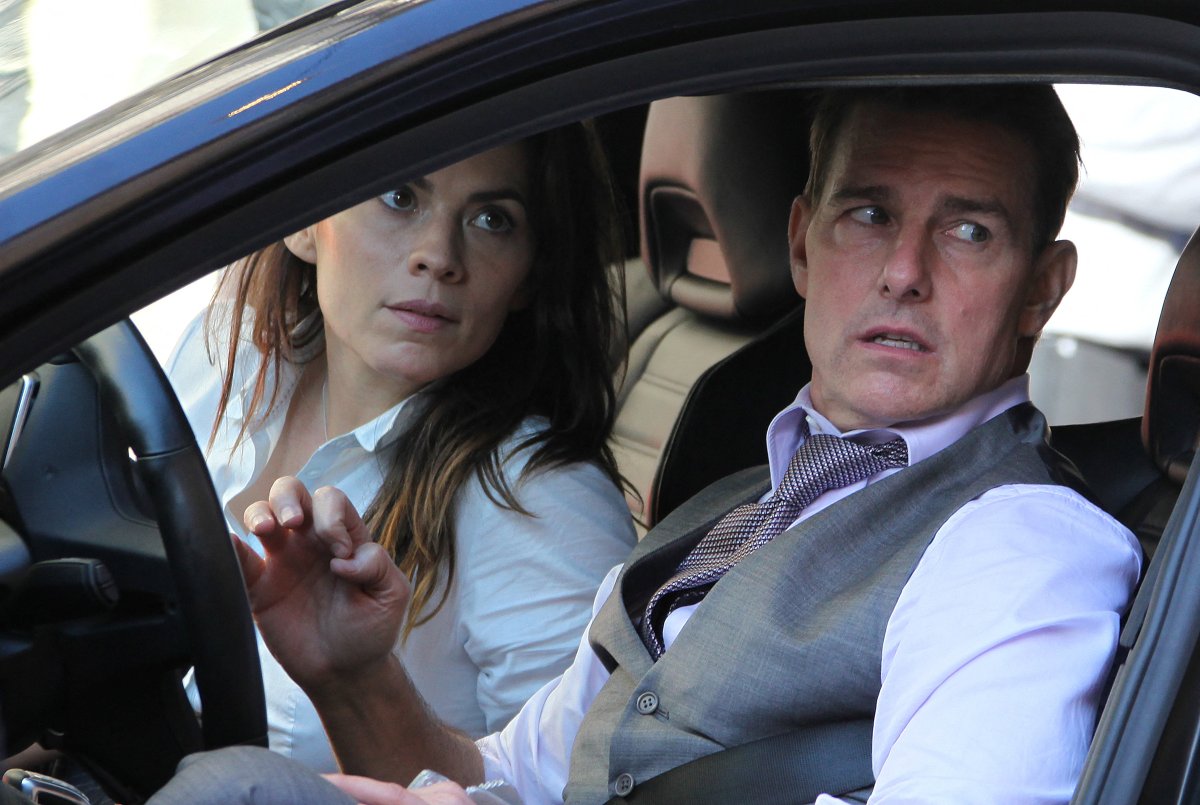 Ayley Atwell and Tom Cruise during the filming of the film "Mission impossible 7" continues through the streets of Rome, Italy on November 26, 2020.

Paramount Pictures on Thursday temporarily shut down production on the British set of Tom Cruise‘s seventh Mission: Impossible film after someone tested positive for coronavirus.

“We have temporarily halted production on Mission: Impossible 7 until June 14th, due to positive coronavirus test results during routine testing,” a Paramount spokesperson said in a statement.

“We are following all safety protocols and will continue to monitor the situation.”

Read more:
‘The Conjuring: The Devil Made Me Do It’ review: Classic horror tropes aplenty in sequel

The company provided no further details.

In audio released by the Sun tabloid, Cruise can be heard warning that anyone caught not following the rules to stay at least 2 metres away from others will be fired.

It’s unclear exactly when the rant occurred, but production on Mission: Impossible 7 resumed in London in early December. The film was forced to shut down in February 2020 while shooting in Venice, just as COVID-19 cases were exploding in Italy. Production resumed in September in Norway, Italy and London.

Read more:
Kids, 12 and 14, charged in ‘Bonnie and Clyde’ shootout with police

At the time, Cruise, 58, told the crew that he worries about people’s jobs every night because of the pandemic.

“No apologies,” he said, after singling out several people on the set. “You can tell it to the people that are losing their f—ing homes because our industry is shut down. It’s not going to put food on their table or pay for their college education. That’s what I sleep with every night.”

The film, which paused production for months early last year along with the rest of the film industry when the coronavirus pandemic took hold, is scheduled to be released in 2022.