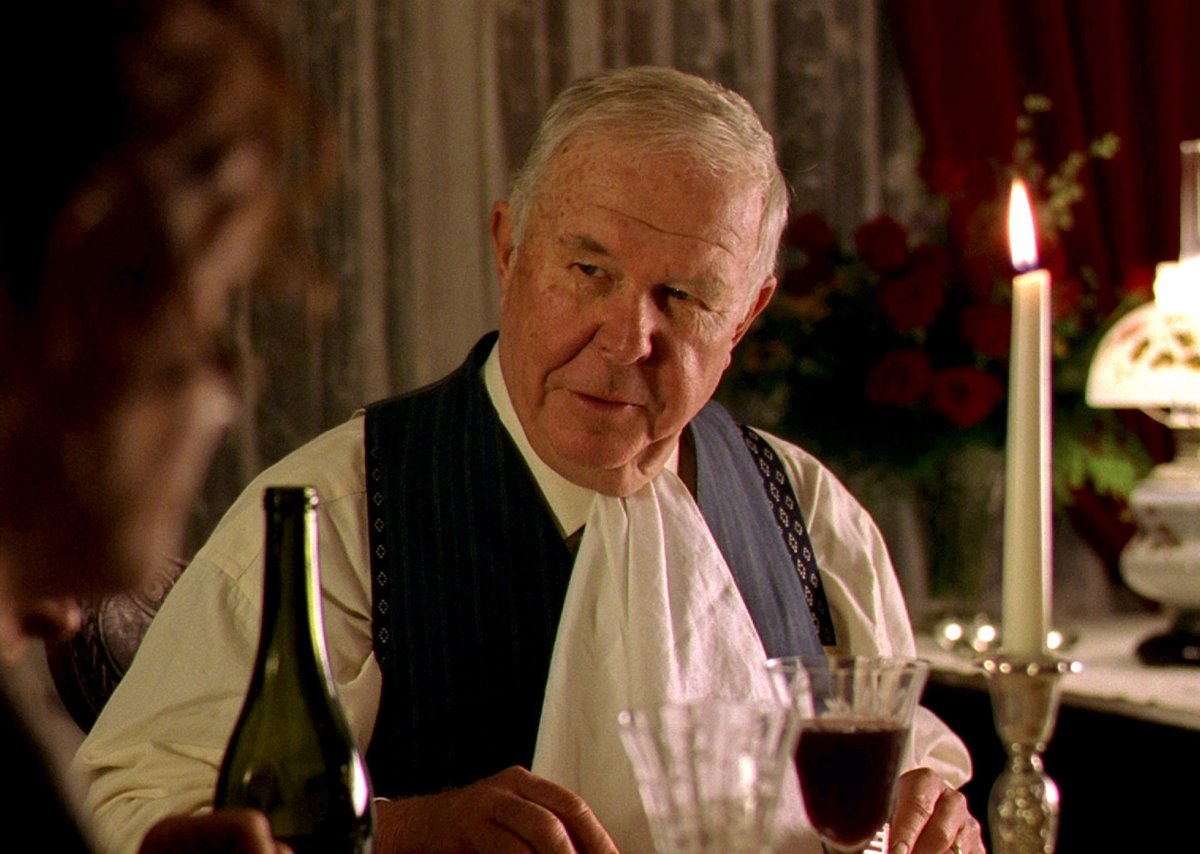 Ned Beatty, the Oscar-nominated character actor who in half a century of American movies, including Deliverance, Network and Superman, was a booming, indelible presence in even the smallest parts, has died. He was 83.

Beatty’s manager, Deborah Miller, said Beatty died Sunday of natural causes at his home in Los Angeles surrounded by friends and loved ones.

After years in regional theatre, Beatty was cast in 1972′s Deliverance as Bobby Trippe, the happy-go-lucky member of a male river-boating party terrorized by backwoods thugs. The scene in which Trippe is brutalized and forced to “squeal like a pig” became the most memorable in the movie and established Beatty as an actor whose name moviegoers may not have known but whose face they always recognized.

“For people like me, there’s a lot of ‘I know you! I know you! What have I seen you in?’” Beatty remarked without rancour in 1992.

Beatty received only one Oscar nomination, as supporting actor for his role as corporate executive Arthur Jensen in 1976′s Network, but he contributed to some of the most popular movies of his time and worked constantly, his credits including more than 150 movies and TV shows.

Beatty’s appearance in Network, scripted by Paddy Chayefsky an directed by Sidney Lumet, was brief but titanic. His three-minute monologue ranks among the greatest in movies. Jensen summons anchorman Howard Beale (Peter Finch) to a long, dimly lit boardroom for a come-to-Jesus about the elemental powers of media.

“You have meddled with the primal forces of nature, Mr. Beale, and I won’t have it!” Beatty shouts from across the boardroom before explaining that there is no America, no democracy. “There is only IBM and ITT and AT&T and DuPont, Dow, Union Carbide, and Exxon. Those are the nations of the world today.”

He was equally memorable as Otis, the idiot henchman of villainous Lex Luthor in the first two Christopher Reeve Superman movies and as the racist sheriff in White Lightning. Other films included All The President’s Men, The Front Page, Nashville, and The Big Easy. In a 1977 interview, he had explained why he preferred being a supporting actor.

“Stars never want to throw the audience a curveball, but my great joy is throwing curveballs,” he told The New York Times. “Being a star cuts down on your effectiveness as an actor because you become an identifiable part of a product and somewhat predictable. You have to mind your P’s and Q’s and nurture your fans. But I like to surprise the audience, to do the unexpected.”

Read more:
Chris Harrison officially out at ‘The Bachelor,’ reportedly gets 8-figure payout

He landed a rare leading role in the Irish film Hear My Song in 1991. The true story of legendary Irish tenor Josef Locke, who disappeared at the height of a brilliant career, it was well reviewed but largely unseen in the United States. Between movies, Beatty worked often in TV and theatre. He had recurring roles in Roseanne as John Goodman’s father and as a detective on Homicide: Life on the Street.

On Broadway he won critical praise (and a Drama Desk Award) for his portrayal of Big Daddy in a revival of Cat on a Hot Tin Roof, a role he had first played as a 21-year-old in a stock company production. His more recent movies included Toy Story 3 (as the duplicitous stuffed bear Lotso) in 2010 and the villainous tortoise mayor in Rango. He retired in 2013.

Ned Thomas Beatty was born in 1937 in Louisville, Ky., and raised in Lexington, where he joined the Protestant Disciples of Christ Christian Church. “It was the theatre I attended as a kid,” he told The Associated Press in 1992. “It was where people got down to their truest emotions and talked about things they didn’t talk about in everyday life. … The preaching was very often theatrical.” For a time he thought of becoming a priest, but changed his mind after he was cast in a high school production of Harvey.

He spent 10 summers at the Barter Theater in Abingdon, Virginia, and eight years at the Arena Stage Company in Washington, D.C. At the Arena Stage, he appeared in Chekhov’s Uncle Vanya and starred in Arthur Miller’s Death of a Salesman. Then his life changed forever when he took a train to New York to audition for director John Boorman for the role of Bobby Trippe. Boorman told him the role was cast, but changed his mind after seeing Beatty audition.

Beatty, who married Sandra Johnson in 1999, had eight children from three previous marriages.