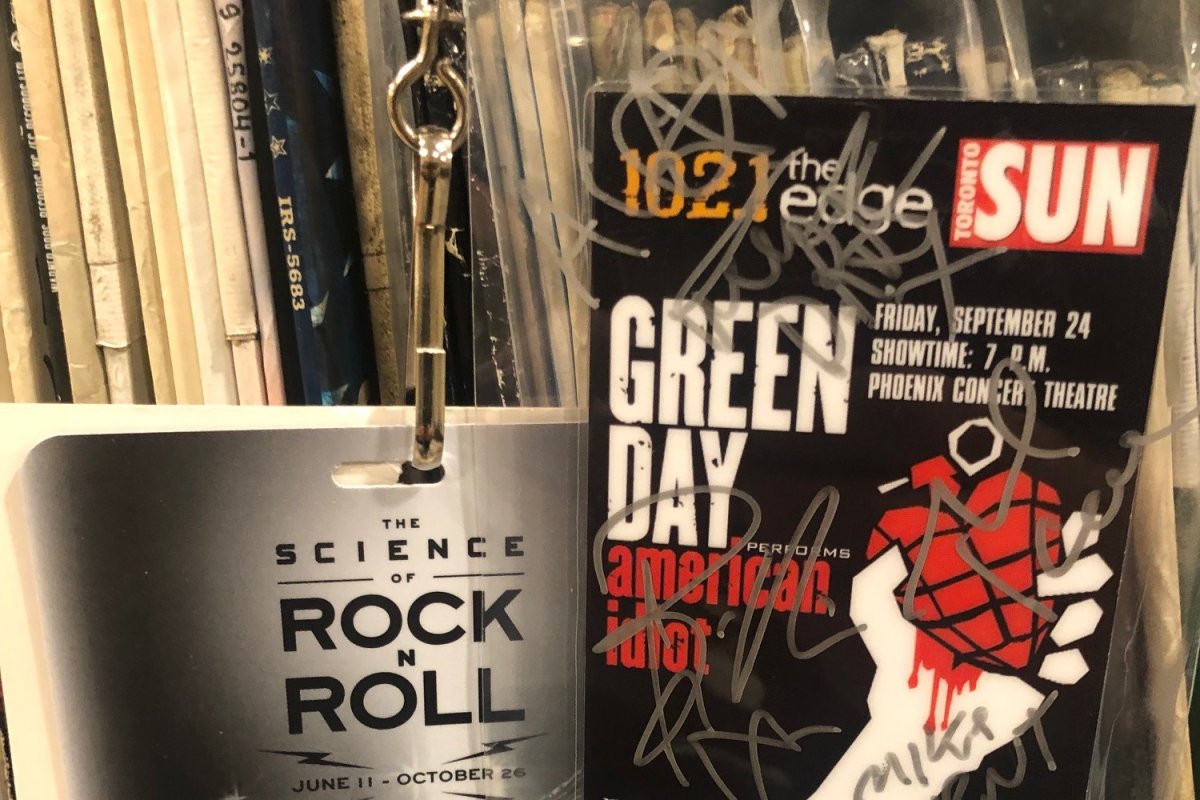 If there’s one question I get most often about live shows, it’s this: “How can I get a backstage pass to [insert name of artist here]?

Let me set you straight: Most of what you’ve ever heard or read about what goes on backstage is a complete lie. Yes, things used to be a lot looser in the pre-#MeToo era (read: the 1970s and ’80s, or so I’ve heard). But with today’s concert business, there’s not a lot of time or patience for messing around with people who don’t belong backstage. Schedules are tight, security is strict, and privacy is paramount.

However, since these questions keep coming in, let me give you a bit of schooling, starting with a little history.

Back in the 1950s and ’60s, it was comparatively easy to get backstage. A 10-spot to the security guard, passable business card credentials, or, in the case of women, a pretty face, was enough to breach the barricades. But as the touring business got bigger and more complex, artists, managers, promoters, and venues began to clamp down.

The modern backstage pass was invented by Dave Otto of Cincinnati. As the touring industry exploded, it became necessary to restrict backstage access to working crew, select VIPs, and special guests. The best solution was to tag people with a visible piece of ID.

Otto figured out a way to print graphics on a flexible rectangle of rayon with an adhesive backing. These patches adhered very well to all sorts of clothing. Because they were flexible, they worked well with body contours and once applied, did not fall off. If you tried to peel one off, the glue didn’t work as well the second time around, if at all. Since there’s usually a rule that you have to have your pass permanently affixed to an area that’s clearly visible, sharing is discouraged.

From the time these passes were first introduced in 1973, they became a sort of currency, something even more valuable than a front-row ticket, because they allowed passage to an area where no mere mortals could venture. It was an invitation to untold glories behind the curtain. And yes, things sometimes got very weird/illegal in the old days.

Fast-forward to today. Nowadays, not all backstage passes are the same. In fact, they come in a variety of flavours. This is a basic guide to the most common sort of passes.

The lowliest sort, bottom-of-the-barrel pass is the Pre-Show or After Show. One of these will get you into a designated area behind the stage for a limited time before the act goes on or after the gig is over and often take the form of one of Dave Otto’s stick-on patches. You and dozens of other people — often contest winners or low-level industry personnel (like me) — will be admitted to a cordoned-off area where you’ll all mill around, wondering if anyone from the band will bother to show up for a quick meet’n’greet (or its ever-more-slightly intimate variation, the grip’n’grin.) There may be a quick photo-op or selfie with the act.

Food and drink? Sometimes, but don’t count on it. If something is available, it’ll be sparse, mostly chips and wilted raw vegetables, and quickly picked over. And once the act leaves, you’re shooed out. Thanks for coming. Enjoy the show.

Still, you’ll leave with a nice little souvenir stuck to your jacket, which has also been ruined by the glue.

Next up the chain is the VIP Pass. This is often the first level where your pass is laminated in plastic (and clearly marked VIP in ALL CAPS for maximum envy value) and hung on a lanyard around your neck. They’re usually good for the green room beyond the green room where the Pre-Show or After-Show losers are munching on celery.

This is usually an area where the performers will spend a little more time with the pass holders. Here’s where you’ll find the higher-ranked record company people, local musicians held in high regard by the band, non-music VIPs (politicians, business people who are a Very Big Deal, etc.), and well-connected local friends and family.

Any spreads of food and drink will be fresher and of higher quality than what’s in the lower-level green room. And frankly, this is where backstage access starts to get interesting because you might actually get some meaningful facetime with the performer. Or not. There are never any sure things when it comes to being backstage.

We should take a detour to the Photo Pass. This really isn’t a backstage pass because it allows only accredited photographers access to the space at the foot of the stage once the gig begins. They have three songs to get their shots before they’re hustled out. Thanks for coming. And we’d like to approve any shots you want to use.

Next is the Local Crew pass. They will get you beyond the VIP green room but not automatically into the dressing rooms. Local Crew pass holders include caterers, security, paramedics, and a certain level of the promoter’s staff. There is a chance you’ll interface with some rock stars, but you’ll be expected to act professionally and just do your job. No fanboy/fangirl behaviour.

Slightly above that is the Working Crew pass. These are laminates that will get you to many places in the venue without being challenged by security. You are there to work, usually as a local subcontractor for the army of roadies travelling with the act who make things happen every night. Depending on the situation and where you are on the Working Crew food chain — and there can be a strict hierarchy — you may require an escort to go into certain areas like the dressing rooms and onto the stage.

Finally, there’s the Holy Grail of all passes: the all-powerful All-Access pass. One of these puppies will allow you to go wherever you want — including on the stage — before, during, and after the show. Or on the trucks in the loading bay. Or beside the front-of-house mixing board. Or in the dressing rooms. An All-Access pass means you are a god and in possession of magical qualities.

Obviously, though, very few All-Access passes are ever handed out. They’re reserved for the performers, the manager, the road manager, the stage manager, the instrument and PA techs, husbands/wives, boyfriend/girlfriends, and perhaps close family members, along with the head promoter. That’s it.

At one time or another in my career, I’ve been given every one of these passes. Saved ’em all, too. But if there’s one thing I’ve learned is that getting backstage isn’t what it’s cracked up to be. The real party is after the show at the hotel. Or on the private jet.

For some reason, I’ve yet to be invited to any of those.