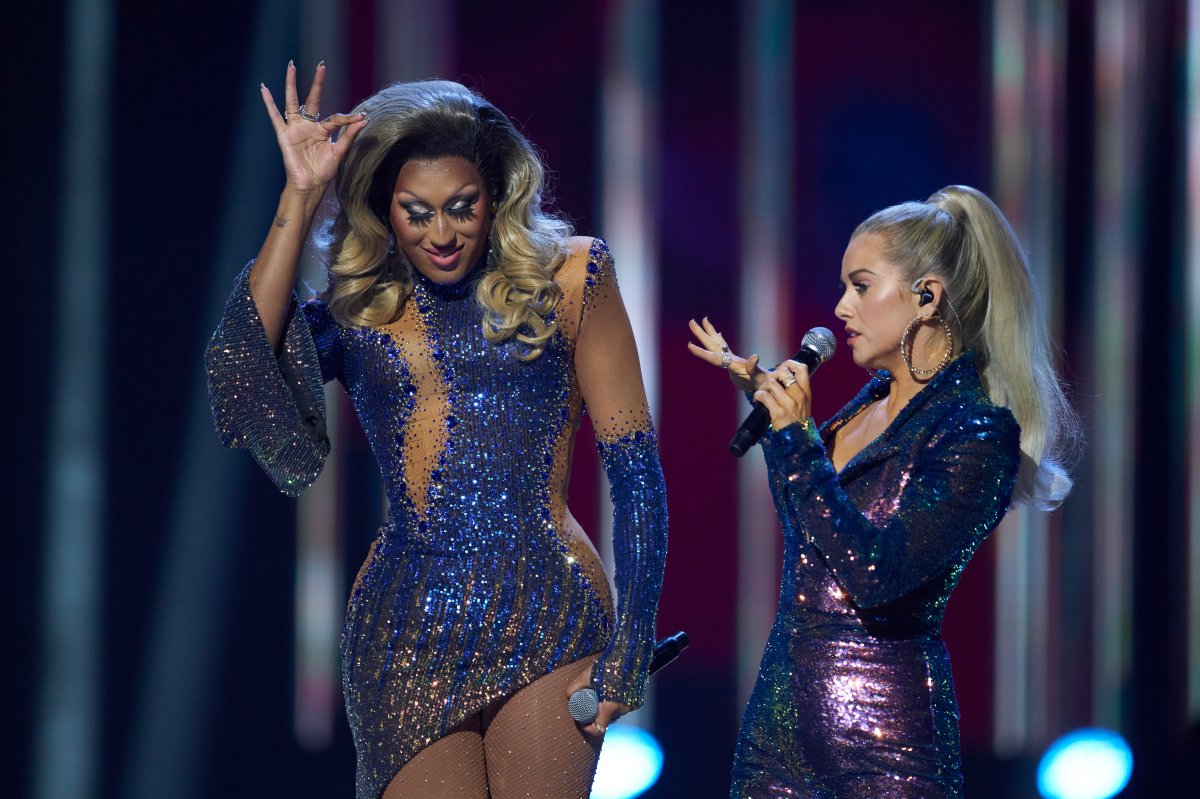 London, Ont., was a hot bed of Canadian country talent as a long weekend full of music drew to its celebratory close.

On Monday night, the city played host to the 2021 Canadian Country Music Association Awards, following a weekend full of free events and concerts for Londoners.

One of the first major entertainment events to be held in the city since the start of the COVID-19 pandemic, the show also marked a return to in-person festivities for the CCMA Awards, which was forced to go virtual in 2020.

The return was long-awaited by Dallas Smith, who came away with the most awards on Monday night, including the CCMA’s top prize, Entertainer of the Year.

“The whole weekend up to now has been a celebratory sort of feeling towards the whole thing,” Smith told Global News.

“We’re all in the same room for the first time in a couple of years. That alone really feels incredible.”

Dallas Smith tells reporters about the importance of those around him when it comes to putting on a show that lives up to his new award: Entertainer of the Year #CCMA2021 pic.twitter.com/A0NsXbKfZj

For The Reklaws, the night felt like a “family reunion that has been delayed two years,” according to Stuart Walker, who makes up one-half of the brother-sister duo.

The siblings led the pack in nominations and were crowned Group or Duo of the Year.

Hailing from North Dumfries, the CCMA Awards also brought a familiar feeling for The Reklaws.

“London is just full of the best country music fans, in our opinion,” Stuart said of the city that sits just an hour south along the 401 from the group’s hometown.

“It’s great to be close to home too, it feels like hometown,” Jenna Walker added.

Sacha, centre, and The Reklaws pose for photographers on the red carpet at the 2021 Canadian Country Music Association Awards in London, Ont.

The night, and the weekend that preceded it, brought countless lessons for Rising Star winner Robyn Ottolini, who spent the past few days soaking up as much knowledge as possible from her industry peers.

“There’s been a lot of learning and a lot of observations this weekend that I’m really going to take to heart.”

Speaking of rising talent, here’s @RobynOttolini who talks about the transition from a country music fan to the newly crowned Rising Star award winner at the 2021 CCMA Awards #CCMA2021 pic.twitter.com/k8EYWJpsCm

Ahead of the show, co-host Priyanka told Global News she was “ready to crush it,” which she proved throughout the night alongside co-host Lindsay Ell, as well as during a solo performance of her new single Country Queen.

Priyanka, who won the inaugural edition of Canada’s Drag Race in 2020, says she never expected to be called on to host and perform at the CCMA Awards.

“This is shocking, but I’m happy that it’s happening during this time and I’m happy that I’m this brown person doing this for the brown people for them to see that it doesn’t matter what your skin colour is, we can all just come together, be talented and sing a good ol’ country song,” Priyanka said.

“The stage is big enough for all of us.”

Monday marked London’s second night as the temporary home of Canadian country talent, having previously hosted the CCMA Awards in 2016.

Local officials say it was a part of the biggest weekend of the year so far in the city and brought a much-needed boost to London’s music venue and hotel industry.

While the show has drawn to a close, country music fans can still catch an encore presentation airing Friday at 9 p.m. ET on Global TV.

Checking-in with the hosts of the 2021 CCMA Awards