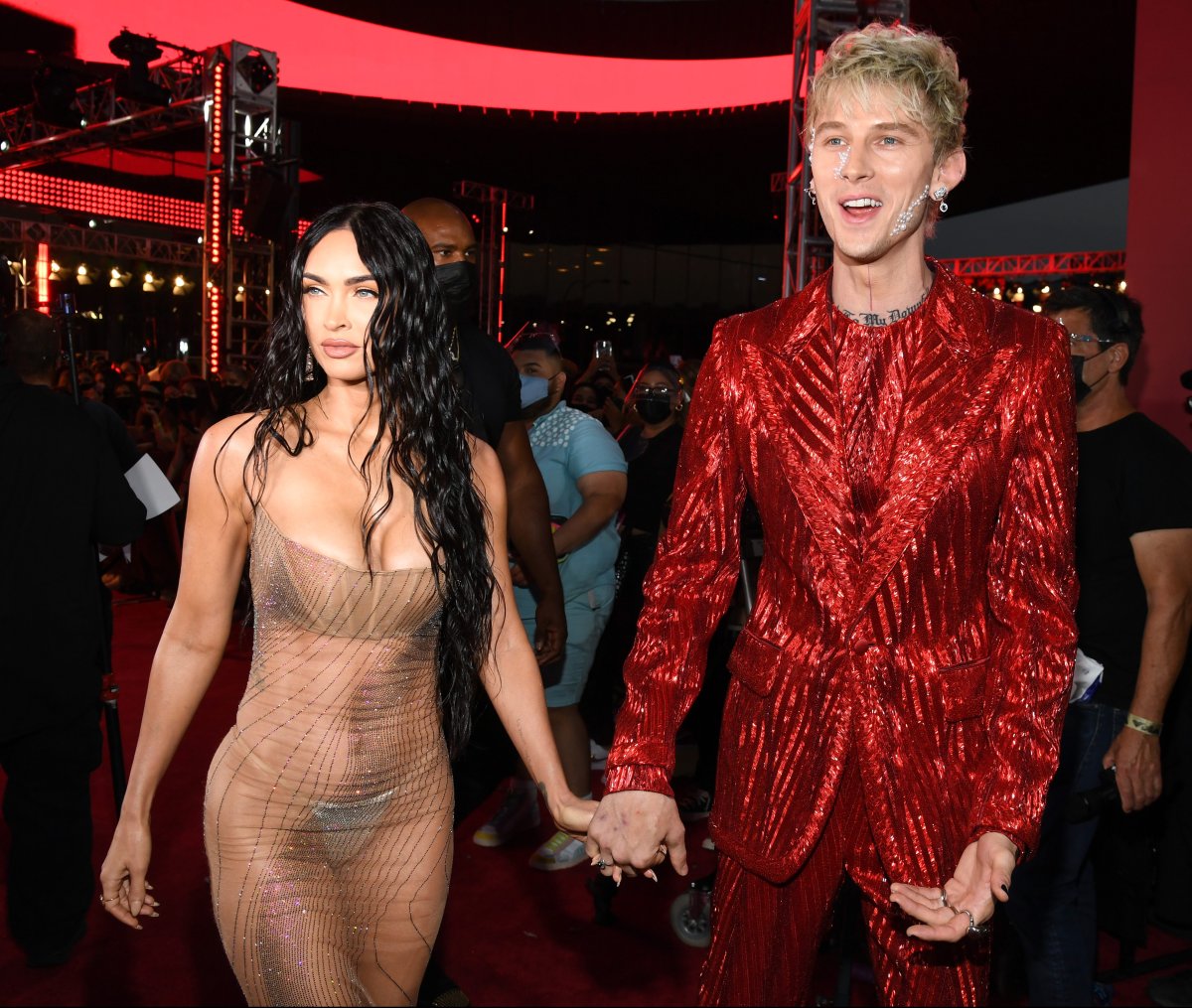 Megan Fox and Machine Gun Kelly are heading down the aisle.

On Wednesday, the Jennifer’s Body star shared a clip on her Instagram from the day before of MGK getting down on one knee as birds sang around them.

“In July of 2020 we sat under this banyan tree. We asked for magic,” Fox wrote. “We were oblivious to the pain we would face together in such a short, frenetic period of time. Unaware of the work and sacrifices the relationship would require from us but intoxicated off of the love. And the karma.”

“Somehow a year and a half later, having walked through hell together, and having laughed more than I ever imagined possible, he asked me to marry him,” she added. “And just as in every lifetime before this one, and as in every lifetime that will follow it, I said yes.”

Fox concluded her post, writing, “…and then we drank each other’s blood.”

Over on MGK’s page, he gave a glimpse of the stunning emerald and diamond ring he enlisted Stephen Webster to create.

“Yes, in this life and every life’ 💍 beneath the same branches we fell in love under, i brought her back to ask her to marry me. i know tradition is one ring, but i designed it with Stephen Webster to be two: the emerald (her birth stone) and the diamond (my birth stone) set on two magnetic bands of thorns that draw together as two halves of the same soul forming the obscure heart that is our love,” he explained.

The Bloody Valentine singer followed up on his Instagram Stories with a clip of him and Fox falling onto a bed with rose petals shaped in a heart.

Fox and Kelly first met on set of Midnight in the Switchgrass in March 2020. Two months later, Fox confirmed she and husband Brian Austin Green had split after 10 years, amid speculation Fox and Kelly were seeing each other.

After appearing in Kelly’s Bloody Valentine music video, the two were seen in public in June 2020 as MGK tweeted, “I’m calling you my girlfriend, what the f**k.”

Things only heated up from there and the two took 2021’s return to red carpets by storm with a number of steamy looks.