By
Lindsey Bahr and Jake Coyle 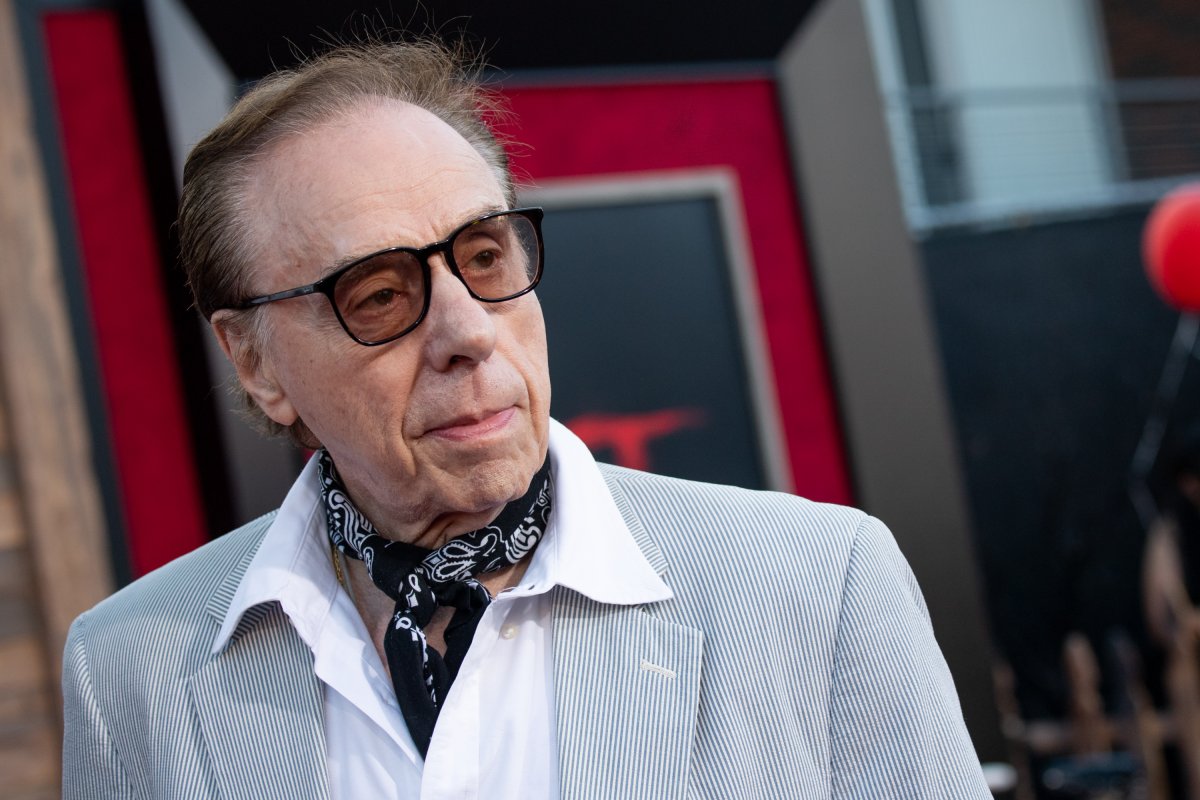 Peter Bogdanovich attends the premiere of 'It Chapter Two' at Regency Village Theatre on August 26, 2019 in Westwood, Calif.

Peter Bogdanovich, the ascot-wearing cinephile and director of 1970s black-and-white classics like The Last Picture Show and Paper Moon, has died. He was 82.

Bogdanovich died early Thursday morning at this home in Los Angeles, said his daughter, Antonia Bogdanovich. She said he died of natural causes.

Considered part of a generation of young “New Hollywood” directors, Bogdanovich was heralded as an auteur from the start, with the chilling lone shooter film Targets and soon after The Last Picture Show, from 1971, his evocative portrait of a small, dying town that earned eight Oscar nominations, won two (for Ben Johnson and Cloris Leachman) and catapulted him to stardom at the age of 32.

He followed The Last Picture Show with the screwball comedy What’s Up, Doc?, starring Barbra Streisand and Ryan O’Neal, and then the Depression-era road trip film Paper Moon, which won 10-year-old Tatum O’Neal an Oscar as well.

His turbulent personal life was also often in the spotlight, from his well-known affair with Cybill Shepherd that began during the making of The Last Picture Show while he was married to his close collaborator, Polly Platt, to the murder of his Playmate girlfriend Dorothy Stratten and his subsequent marriage to her younger sister, Louise, who was 29 years younger than him.

Reactions came in swiftly at the news of his death.

“Oh dear, a shock. I am devastated. He was a wonderful and great artist,” said Francis Ford Coppola in an email. “I’ll never forgot attending a premiere for ‘The Last Picture Show.’ I remember at its end, the audience leaped up all around me bursting into applause lasting easily 15 minutes. I’ll never forget although I felt I had never myself experienced a reaction like that, that Peter and his film deserved it. May he sleep in bliss for eternity, enjoying the thrill of our applause forever.”

Guillermo del Toro tweeted: “He was a dear friend and a champion of Cinema. He birthed masterpieces as a director and was a most genial human. He single-handedly interviewed and enshrined the lives and work of more classic filmmakers than almost anyone else in his generation.”

Born in Kingston, New York in 1939, Bogdanovich started out as a film journalist and critic, working as a film programmer at the Museum of Modern Art, where through a series of retrospectives he endeared himself to a host of old guard filmmakers including Orson Welles, Howard Hawks and John Ford.

“I’ve gotten some very important one-sentence clues like when Howard Hawks turned to me and said ‘Always cut on the movement and no one will notice the cut,’” he said in an interview with The Associated Press. “It was a very simple sentence but it profoundly effected everything I’ve done.”

But his Hollywood education started earlier than that: His father took him at age 5 to see Charlie Chaplin and Buster Keaton movies at the Museum of Modern Art. He’d later make his own Keaton documentary, The Great Buster, which was released in 2018.

Bogdanovich and Platt moved to Los Angeles in the mid-1960s, where they attended Hollywood parties and struck up friendships with Corman and Frank Marshall, then just an aspiring producer, who helped get the film Targets off the ground. And the professional ascent only continued for the next few films and years. But after Paper Moon, which Platt collaborated on after they had separated, he would never again capture the accolades of those first five years in Hollywood.

A ‘Fraggle Rock’ reboot is coming, so dust off your dancing shoes

Bogdanovich’s relationship with Shepherd led to the end of his marriage to Platt, with whom he shared daughters Antonia and Sashy, and a fruitful creative partnership. The 1984 film Irreconcilable Differences was loosely based on the scandal. He later disputed the idea that Platt, who died in 2011, was an integral part of the success of his early films.

He would go on to make two other films with Shephard, an adaptation of Henry James’s Daisy Miller and the musical At Long Last Love, neither of which were particularly well-received by critics or audiences.

And he also passed up on major opportunities at the height of his successes. He told Vulture he turned down The Godfather, Chinatown and The Exorcist.

“Paramount called and said, “We just bought a new Mario Puzo book called The Godfather. We’d like you to consider directing it.” I said, “I’m not interested in the Mafia,” he said in the interview.

Headlines would continue to follow Bogdanovich for things other than his movies. He began an affair with Playboy Playmate Dorothy Stratten while directing her in They All Laughed in the spring and summer of 1980. Her husband, Paul Snider, murdered her that August. Bogdanovich, in a 1984 book titled The Killing of the Unicorn: Dorothy Stratten, 1960-1980, criticized Hugh Hefner’s Playboy empire for its alleged role in events he said ended in Stratten’s death. Then, nine years later, at 49, he married her younger sister Louise Stratten, who was just 20 at the time. They divorced in 2001, but continued living together, with her mother in Los Angeles.

Remembering the celebrities we lost in 2021

In an interview with the AP in 2020, Bogdanovich acknowledged that his relationships had an impact on his career.

“The whole thing about my personal life got in the way of people’s understanding of the movies,” Bogdanovich said. “That’s something that has plagued me since the first couple of pictures.”

Despite some flops along the way, Bogdanovich’s output remained prolific in the 1980s and 1990s, including a sequel to The Last Picture Show called Texasville, the country music romantic drama The Thing Called Love, which was one of River Phoenix’s last films, and, in 2001, The Cat’s Meow, about a party on William Randolph Hearst’s yacht starring Kirsten Dunst as Marion Davies. His last narrative film, She’s Funny that Way, a screwball comedy starring Owen Wilson and Jennifer Aniston that he co-wrote with Louise Stratten, debuted to mixed reviews in 2014.

He also inspired a new generation of filmmakers, from Wes Anderson to Noah Baumbach.

At the time of the AP interview in 2020, coinciding with a podcast about his career with Turner Classic Movies host Ben Mankiewicz, he was hard at work on a television show inspired by Dorothy Stratten, and wasn’t optimistic about the future of cinema.

“I just keep going, you know. Television is not dead yet,” he said with a laugh. “But movies may have a problem.”