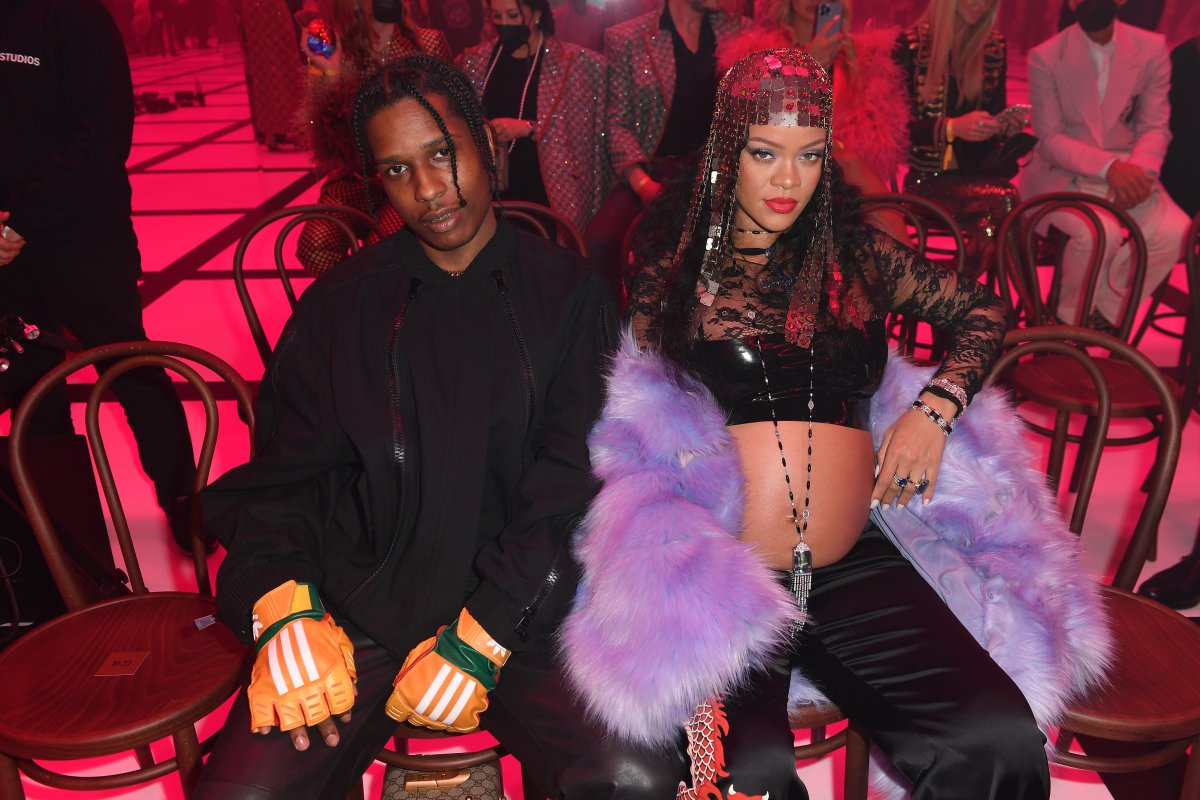 Asap Rocky and Rihanna are seen at the Gucci show during Milan Fashion Week Fall/Winter 2022/23 on February 25, 2022 in Milan, Italy.

Rihanna and A$AP Rocky may very well have Love on The Brain as they welcome the birth of their first child.

According to People, Rihanna is doing well and the pair are excited to be new parents.

The Grammy-award-winning singer announced her pregnancy in January. The couple was photographed for the announcement walking together in New York with Rihanna’s protruding belly proudly on display.

The name of the couple’s baby boy has yet to be revealed.

In April, A$AP Rocky was arrested at the Los Angeles International Airport on charges of assault with a deadly weapon.

1:15
Most memorable looks of the decade

A$AP Rocky, whose legal name is Rakim Mayers, had just touched down in the U.S. when law enforcement detained him in connection to a previously unreported shooting that occurred in November 2021. He had been travelling with Rihanna at the time of his arrest.

According to the LAPD, Mayers, 33, is under investigation for allegedly shooting at an individual on Nov. 6 near Selma Avenue and Argyle Avenue in Hollywood.

The victim of the shooting claims that the rapper approached him with a handgun and was accompanied by two other people. The victim says Mayers shot at him around three to four times and believes that one of the bullets grazed his left hand.

As of this writing, it is unclear if A$AP Rocky was present for the child’s birth.