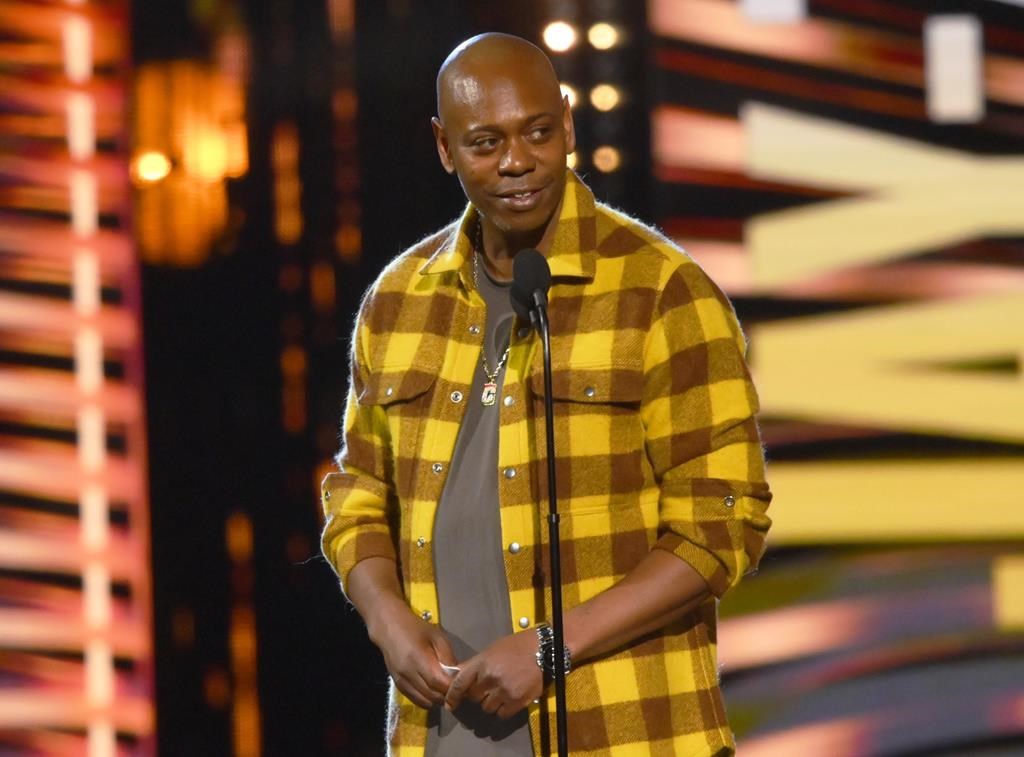 Dave Chappelle appears during the Rock & Roll Hall of Fame induction ceremony on Oct. 30, 2021, in Cleveland.

Comedian Dave Chappelle has decided not to allow his former high school’s theatre venue to bear his name.

On Monday, Chappelle, 48, told an audience at a dedication ceremony for the Duke Ellington School of the Arts in Washington that he no longer wants to be the theatre’s namesake, the Washington Post reported.

The standup comedian said his decision had to do with ongoing criticism and backlash from his 2021 Netflix special The Closer. Since its release, many have expressed upset over Chappelle’s anti-transgender comments.

According to the Washington Post, Chappelle said though he believes the backlash from the comedy special “lacked nuance and wasn’t about his work,” he did not want his name to distract students at the high school from focusing on art.

The theatre’s dedication to Chappelle had already been postponed once in November, one month after the release of The Closer.

Students at Duke Ellington high school raised concerns about the choice to name the venue after the comedian. The school’s principal and several students (including representatives from Duke Ellington’s Gender and Sexuality Alliance) held a number of meetings to discuss Chappelle’s comedy special and anti-transgender comments.

The theatre will instead be named the Theater for Artistic Freedom and Expression.

The Washington Post reported that Chappelle told the audience on Monday he was “sincerely” hurt by the criticism surrounding his latest comedy special.

“But the Ellington family is my family,” he said at the ceremony.

Last October the comedian said the offer to name the theatre after him was “the most significant honour of my life.”

“I used to skip school. I would hide in there when I was skipping class,” Chappelle said last year. “Who would have thought that that theater would one day be named after me?”

He pledged to donate US$100,000 to the Duke Ellington School of the Arts theatre.

According to Variety, Chappelle remains one of the school’s most prolific supporters and has donated millions to the organization.