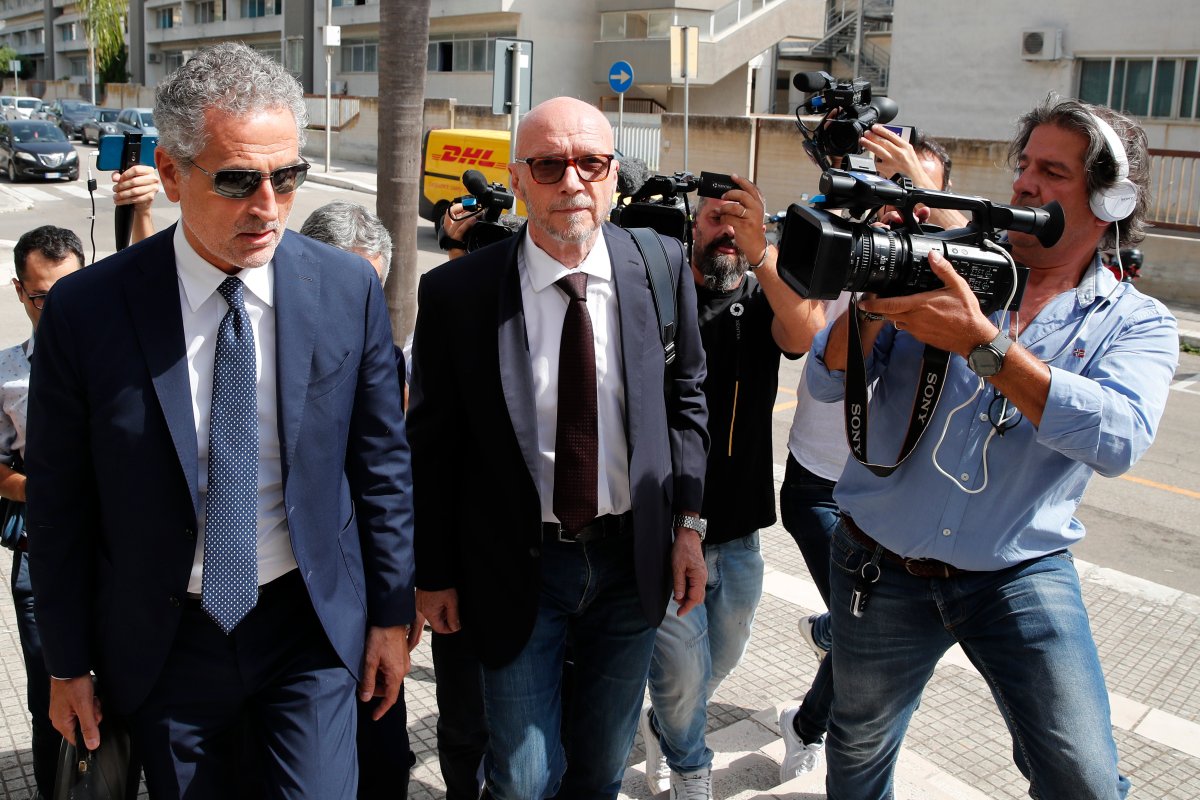 Canadian-born film director Paul Haggis, center, arrives with his lawyer Michele Laforgia at Brindisi law court in southern Italy, Wednesday, June 22, 2022, to be heard by prosecutors investigating a woman's allegations he had sex with her without her consent over the course of two days.

BRINDISI, Italy — A judge in southern Italy on Wednesday was weighing whether Academy Award-winning film director Paul Haggis should go free while Italian prosecutors investigate a woman’s allegations that he had sex with her over two days without her consent.

Haggis’ lawyer, Michele Laforgia, said after the hearing Wednesday in Brindisi courthouse that his client reiterated his total innocence and is in “hopeful expectation” that he will be ultimately vindicated.

“Paul Haggis answered all questions and explained what happened,” Laforgia told reporters outside the courthouse. “He declared himself, as he had already done right after the detention, completely innocent, in the sense that the sex he had with this woman was totally consensual.”

While the woman’s allegations are investigated, the 69-year-old Canadian-born director, producer and screenwriter was ordered on Sunday to stay detained in his guest residence in a farmhouse in Ostuni, a popular tourist town in Puglia, the region forming the “heel” of the Italian peninsula.

Prosecutors have said he is under investigation for alleged aggravated sexual violence and aggravated personal injuries.

They didn’t immediately comment after the hearing, which lasted several hours.

Prosecutors have described the woman as young and foreign. State TV and other Italian media said she is a 30-year-old Englishwoman who had known Haggis before he came to Ostuni to participate in an arts festival that began this week.

Asked by a reporter what kind of relationship Haggis and the woman had, Laforgia replied that the two had had a “relationship of acquaintance.”

The lawyer said the defense disputes a hospital report indicating that the woman had suffered physical injuries.

“There is no sign of injury nor sign of violence,” Laforgia asserted, adding, “I believe that they (the investigators) badly interpreted the findings of the emergency room” of a Brindisi hospital, where the woman was taken after she told authorities that she had been sexually abused.

‘When is enough enough?’: LAWC calls for removal of Paul Haggis’s name from park after assault charge

Haggis co-wrote, directed and produced “Crash,” which won the 2006 Academy Awards for best picture and best screenplay. He also wrote the screenplay for “Million Dollar Baby,” another Oscar winner.

He has had legal problems in recent years stemming from sexual misconduct accusations by four women in the United States.

On Sunday, shortly after Italian prosecutors announced the investigation and detention of Haggis, he U.S.-based attorney, Priya Chaudhry, told The Associated Press that although she could not discuss the evidence under Italian law, “I am confident that all allegations will be dismissed against Mr. Haggis. He is totally innocent, and willing to fully cooperate with the authorities so the truth comes out quickly.”

Because Haggis doesn’t speak Italian, he submitted written statements in English to the court throughout the hearing. Translations back-and-forth lengthened the duration of the hearing, Laforgia said.